“When exercise is compulsive” – a digital training programme about eating disorders

ROS is a Norwegian organisation providing advice and information on eating disorders. To help them with their mission, Task joined together with Virke Exercise to develop the digital training programme “When exercise is forced”. The target group for the programme is employees at Norwegian gyms.

“Everyone with an eating disorder is thin” .
At least that’s what most of us on the Task team thought when we started the script process. But one of the first things we learned was that this is a myth. Eating disorders are primarily related to the extent to which one has negative thoughts related to their body, food and exercise. 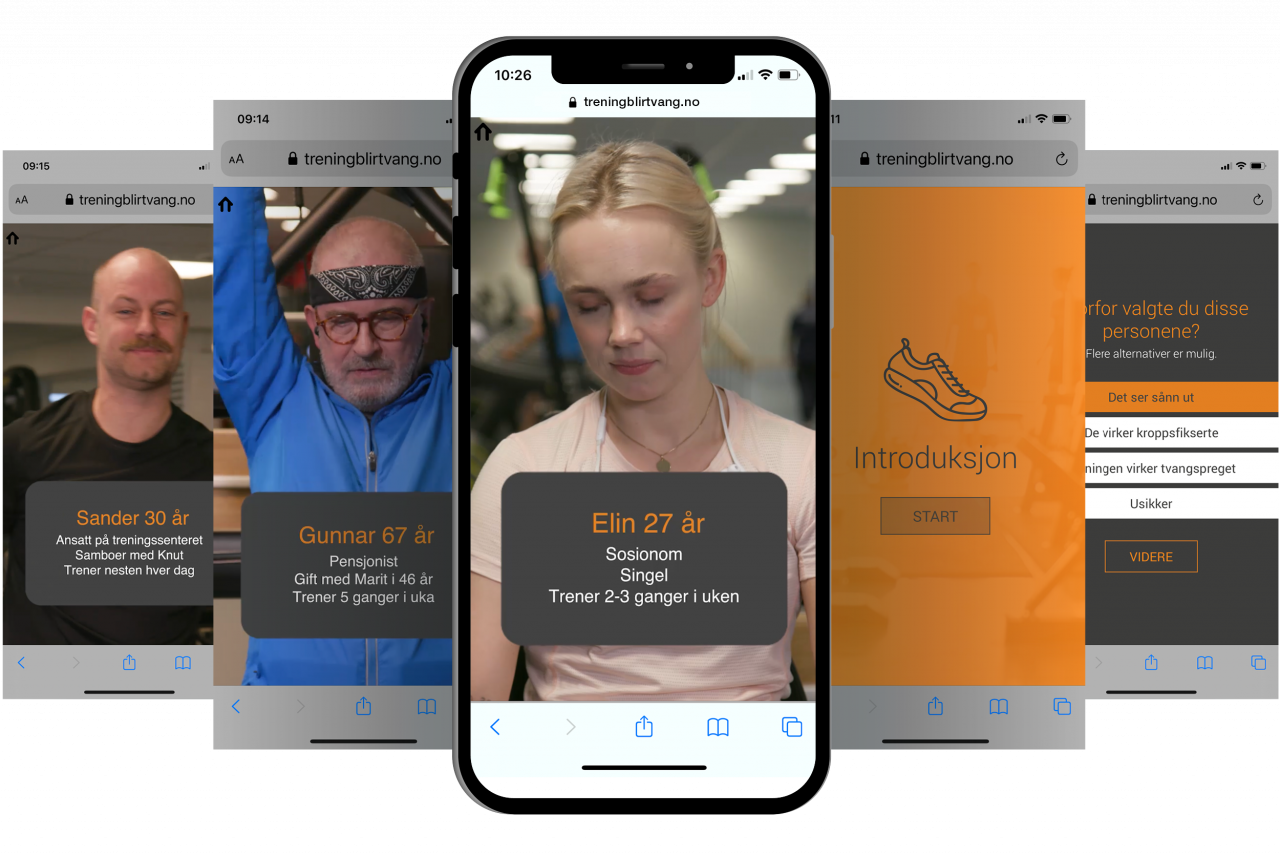 Eating disorders are a societal problem characterised by thoughts and behaviors around food and weight that interfere with day-to-day functioning, limiting quality of life. Therefore, it is crucial that the problem is addressed and resolved. Many people who suffer from eating disorders are also members of a fitness center, which is why ROS, in collaboration with Virke Exercise, wanted to launch a digital training programme for anyone employed by a fitness center or gym.

«We are very pleased with collaboration with Task! Bort the end product and the process lived up to our expectations. We look forward  to increasing awareness of eating disorders throughout gyms nationwide».

Mari Ourum, ROS, General Manager of the center in Oslo

The tutorial starts with panoramic interactive film, which immediately draws the user into the action. We chose to build the programme around the three fictional characters: Ingrid, Mira and Petter. These three people outwardly appear to have nothing in common, but they all suffer from eating disorders.

The employees at gyms will also get training on how to approach an individual if they have reason for concern about an eating disorder. This can be a difficult conversation to start, and most people are reluctant to do just that, but this conversation may be very important for the individual, and help maintain a healthy exercise environment. 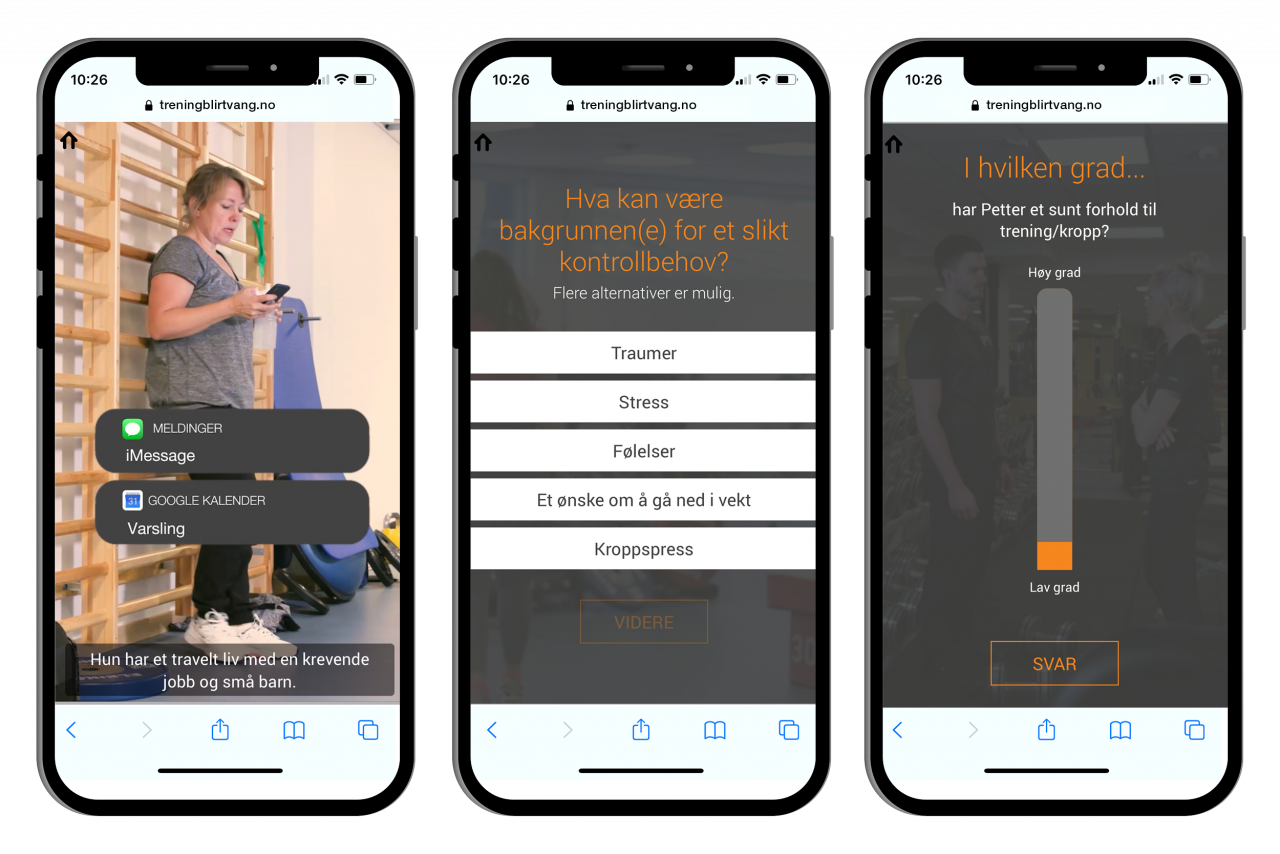 The script for “When exercise is compulsive” was developed in collaboration with representatives from ROS, SATS fitness centres, Myhrens Gym and Virke exercise. We also worked with representatives from the target group, and other specialists on eating disorders. “When exercise is compulsive” was launched on October 26, 2020. As part of the launch campaign, Task created six films for promoting the programme on social media. The films have helped to capture attention and increase implementation of the e-learning programme.

We at Task are proud to be part of such an important project. We are confident that “When exercise is compulsive” will contribute to increased awareness and knowledge about eating disorders. 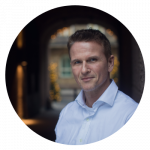 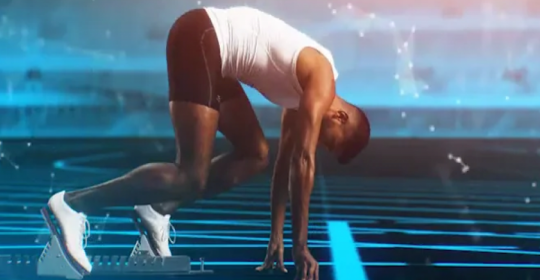 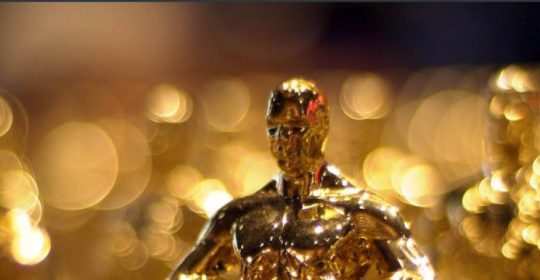 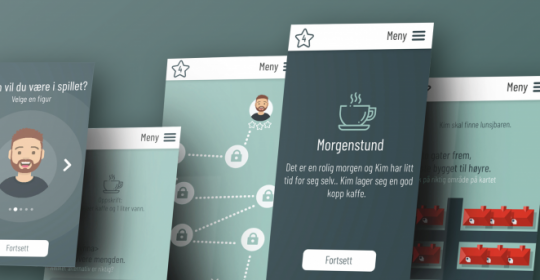