The Norwegian Association of Local and Regional Authorities (KS) is the organisation for all local governments in Norway. KS is Norway’s largest public employer organisation. As such, KS has developed a rich toolbox on the topic of internal control. With their new digital group process, the management team is supported as they use the tools and strengthen the internal control within the organisation.

The group process consists of a digital tool which takes the management team through the topic step by step. Each theme begins with a film that helps to shed light on a specific issue. The management team then discusses it and uncovers solutions to issues like: What is the status of internal control with us? What should we prioritize in the future? And how can we motivate our employees to work with internal control?

To bring the human aspect to life, we made Ståle’s character an enthusiastic driving force, while Sture’s character conveys the objections. This helps bring the topics into the everyday, and helps to create good discussions about how internal control should be implemented.

User testing ensured good results
We engaged the top management in Sigdal municipality so that we could test the approach on the target group early in the development process. The idea was still a work in progress. The management team got to see a digital sketch, and instead of movies, they got an audio game version. Humour can be challenging, so when the laughter came freely, we knew we were close to where we wanted to be. Internal control is a serious topic, and the humorous approach made it easier for the target group to digest it. They also advised us to get to the point a bit faster to ensure more time for discussion.

Rælingen municipality was one of the first municipalities to implement the approach.

“The story was told with humour, and we could see ourselves in it. I liked that the approach systematically addressed the main points within internal control. The films led to good conversations, and we found out that we were well covered. We were also reminded that it was time for a risk and vulnerability analysis. It was on the agenda shortly afterwards.” 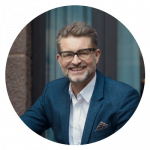